E. coli vaccination is safe for hens in lay 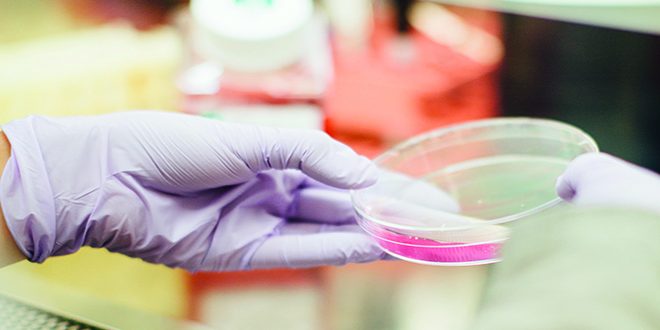 A NEW study from Denmark shows that a live vaccine against escherichia coli can safely be used in hens in lay, a practice that may help limit e. coli transmission in both broiler and egg production. According to the study’s author and a professor at the University of Copenhagen Henrik Christensen, e. coli can be transferred horizontally and vertically in poultry production and both cause serious problems.

“Horizontal transfer occurs in the hatcher but it will also occur in the poultry house during production, where e. coli will be all over, especially in the litter,” Dr Christensen said. “So it’s difficult to control horizontal transfer — it’s easier to control the vertical transfer. If the hen is infected, then her eggs can also be infected by e. coli, and this infection will be transferred into the hatcher and into the day-old broilers. So we have to focus on vertical transfer for control.”

Traditionally, he explained, treating the day-old chicks with antibiotics has controlled vertical transmission. However, this approach has fallen out of favour in Denmark and elsewhere due to concerns about antibiotic resistance. Another option is to improve management, he added, but that can only work to a certain extent.

A third option is vaccination, which he said is commonly used in layers and broiler breeders during rearing. However, he noted, vaccination has not traditionally been used in hens in lay due to a lack of safety data.

“When the hens start laying, they are more stressed and additional stress caused by vaccination could cause more harm,” Dr Christensen said. “So people have been reluctant to vaccinate.”

Another concern was the possibility of live vaccine strains surviving in the environment and recombining with field strains, putting both bird health and food safety at risk. The study, recently published in Veterinary Microbiology, was conducted by the University of Copenhagen in a flock of more than 10,000 layer parents in Denmark.

Investigators sought to determine firstly the effect of vaccination on layer health, laying performance and hatching results, and secondly whether the vaccine strain could shed cloacally and survive in and on the surface of the eggs. The birds were given a live e. coli vaccine twice during rearing at five days and 14 weeks, and a third time while the birds were in lay at 30 weeks.

Egg samples and cloacal swabs were taken three and seven days following the third vaccination to determine presence of the e. coli vaccine strain inside and on the surface of the eggs. Results indicated that the vaccine strain was not shed cloacally and was not present in and on the eggs.

“From the samples we took, we isolated e. coli bacteria and we then used various methods to identify the vaccine strain,” Dr Christensen said. “We were not able to recover the vaccine strain three days after vaccination in and on the eggs, or from the cloacal swabs.” In addition, he said, the vaccine had no adverse effects on health and production parameters – number of eggs, hatching and progeny – when administered to birds in lay.

“Based on these results, we can say that it’s possible to use a vaccine with hens in lay without any adverse effects,” Dr Christensen said. “The vaccine strain will not survive in the production environment or on the eggs. So that can be two reasons to vaccinate hens in lay both for broiler parents and for table egg layers.

“One reason is of course to protect the hens themselves — so we have a lower mortality related to e. coli and also more animal welfare. The other reason is mainly related to broiler parents because by limiting the level of e. coli infection, we’re able to limit the vertical transfer of e. coli to the broilers. It’s also a way to limit the spread of e. coli, some of which have a zoonotic potential to be transferred into the human food chain.”