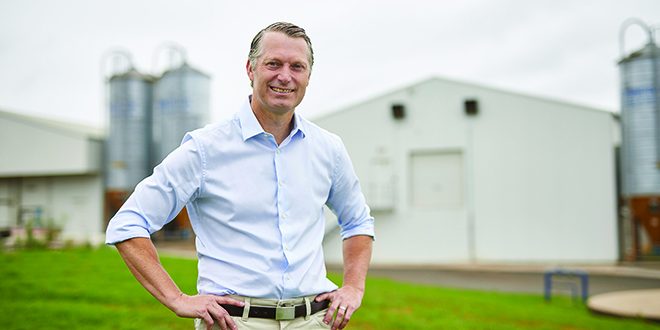 THE more than 20 million Australians who regularly eat chicken and eggs will soon lower their dietary carbon footprint thanks to a new carbon-neutral project from Australia’s poultry industries. The research, which is a joint partnership between Australian Eggs and AgriFutures Australia, is one of the most comprehensive carbon footprint assessments ever conducted in Australian agriculture.

Lead researcher Dr Stephen Wiedemann said the last carbon footprint assessment of Australia’s poultry industries was conducted over a decade ago, and he believes recent improvements could see carbon-neutral chicken and eggs being produced at a modest cost in the near future.

“The first step before identifying pathways to carbon neutrality is to conduct a comprehensive carbon footprint of the entire supply chain – from the planting of the grain chickens eat to the packaging and transport of the final product,” Dr Wiedemann said. “Once you have that all-important baseline for the entire industry, you can test the impact of steps individual farms are taking to lower their footprints and then identify ways to mitigate whatever emissions remain. In the case of poultry farms that already have a relatively low carbon footprint, it should be possible to offset the residual emissions and get to carbon neutral.”

“The egg industry has made huge environmental improvements in recent years, from solar powered farms to better hen genetics and sophisticated composting regimes that turn by-products into organic fertiliser,” Mr McMonnies said. “These changes have been made for both economic reasons and good environmental stewardship but given the carbon footprint reductions already achieved by some farms, it makes sense to investigate the ways to get to carbon neutral.”

As an average Australian eats more than 60kg of chicken meat and eggs per year, AgriFutures Australia managing director John Harvey said this is a significant project for people interested in dietary carbon footprint.

“Chicken is the most consumed meat in Australia by some margin, and per capita consumption has increased ten-fold over the past 50 years,” Mr Harvey said. “While we are already a low emissions protein, the sheer volume of chicken in the national diet means anything we do to lower our footprint will have a significant impact. Chicken meat producers around the country are looking forward to seeing the pathways to carbon neutrality options for them at the conclusion of this project.”

A pilot program will be run as part of the research to develop an auditable carbon neutral product for both eggs and chicken meat under the Australian government Climate Active program.

Q: What is the first, most affordable step all producers should take in order to reduce carbon footprint? The greatest contribution to carbon footprint is feed, which is also the greatest cost. Ensuring feed consumption is optimised has proven the best way to reduce carbon to date and it is likely that further improvements can be made going forward.

Q: If it will cost farmers and producers more money to go carbon neutral, what are the incentives for them to do so? There are short- and long-term incentives to move towards carbon neutrality. Many steps align with cost savings and economic viability but in the long term the community will expect agriculture industries to contribute to a lower-carbon future and the egg industry wants to position itself as part of the solution.

Q: The pork industry has seen a high take-up of anaerobic ponds/lagoons on-farm to reduce greenhouse gases and provide bioenergy opportunities, is this something the poultry industry could successfully implement? Every manure is different and in the egg industry the most successful process has been composting. This can be done on a large scale to produce fertiliser that reduces the use of chemical fertiliser in grain and horticulture production.

Q: Would government be involved to supply ‘carbon credits’ and similar to incentivise reducing carbon footprint Whether or not a carbon credit scheme is developed, there are clear incentives for the egg industry to position itself as a seller of credits rather than a buyer and a lower carbon supply chain will remain the goal.