RECENTLY my hometown of Rockhampton played host to Federal Minister for Agriculture, Drought and Emergency Management, the Honourable David Littleproud MP. The Minister was in town to talk about the hot topic of the Federal Budget. It was great to be able to attend a roundtable with other industry representative groups and stakeholders in the agriculture industry.

The Minister was able to listen to our concerns and take them back to Canberra with him. It was very pleasing to hear extra funding has been allocated to biosecurity.

Egg Farmers of Australia have recently put together its Strategic Plan, which outlines that biosecurity is a topic always in the forefront of our minds. One particular issue that has been raised is egg exemptions when it comes to egg stamping. Egg Farmers of Australia, with input from farmer members and stakeholders, has put forward its positioning by writing to government officials and bringing this matter to their attention.

Egg Farmers of Australia’s position is that if a producer sells just one egg, they must have accreditation – all exemptions to egg stamping must cease to ensure traceability and provenance of eggs. NSW, ACT, Victoria and Tasmania are states that still have exemptions.

Food Standards Australia New Zealand requires individual eggs and egg products to be marked with a ‘unique identifier’. To comply with this, all egg producers must stamp their eggs with a unique code. The process is regulated by the states, so producers must refer to the requirements of the state in which their eggs are packed.

Each state differs in their approach to egg stamping, and rules for each state can be found in the guide from Australian Eggs – australianeggs.org.au/what-we-do/leading-research/egg-stamping As eggs are being distributed and moved across borders, it is difficult to trace them, particularly with the different rules and regulations for each state (see table).

Our volunteer Board members provide updates regularly at Board meetings on what is happening around the country. There is never a dull moment in the egg industry with October 9 being World Egg Day! Egg Farmers of Australia staff celebrated by hosting dinner with all dishes being egg related, in support of our farmers.

With the many additional processes required to protect workers and the community from COVID-19, the main focus is on COVID preparedness – with the development of protocols for dealing with a positive case in a workforce – which could then be accepted and endorsed by health authorities.

With the Queensland Government now in caretaker mode, we look forward to the outcome of the election to continue our work with the Minister and government officials. Illegal farm raids have been occurring in the state and in one instance resulted in access by 30 activists to a piggery via an egg farm in southern Queensland in early October. We will continue to work with other intensive industries to consider approaches to address the increasing incidents of breaches of biosecurity and trespass laws.

NSW egg farmers are getting on with the job of providing eggs to consumers, while working within the confines of the COVID world we are now faced with. This means increased staffing and production costs to ensure workers and the community are kept safe during this time.
Eggs are a staple in most Australian shopping trollies and, with eggs being a very cost-effective source of protein, our farmers are making sure there is a steady supply.

Victoria’s poultry industry has faced various challenges over the past few months, including the recent avian influenza outbreak at the end of July. Egg Farmers of Australia have been working tirelessly with the relevant government departments and officials to ensure that in coming weeks and months Victoria is declared free of AI and able to continue supplying eggs, not only to Victoria, but to our important export markets.
Australian eggs are produced under strict animal welfare standards and food safety guidelines, making them a highly sought-after product by all.

Our Victorian farmers should be congratulated on their strength and sense of community in working with the state government under such tough circumstances. Now, with the housing order lifted, farmers are able to get back to what they do best!

To ensure our farmers were recognised for the great work they do, the members of parliament and ministers were reminded of World Egg Day.
We keep in regular contact with government officials and ministers to ensure they are kept up to date on issues facing the industry, and have provided letters recently outlining issues such as spent hens, egg stamping, wild birds and animal welfare standards and guidelines.

As with all other states, COVID preparedness and management is extremely significant, however costly. Of importance is farm safety and prevention, with farm safety workshops being held and attended by farmers in South Australia. Earlier predictions for record crops and rainfall have remained consistent and are appreciated by our farmers.

To ensure our ‘farmers voice’ is being heard, we maintain contact with departmental officers to update them on issues of concern to our industry. A meeting was held with Department of Primary Industry and Regional Development representatives to discuss issues of traceability and egg stamping processes in Western Australia.

No decision has been passed on the bill, and with parliament in WA heading into caretaker mode in November, it seems unlikely to occur until the resumption of parliament after the March election. Commercial Egg Producers Association of WA will be holding the Annual General Meeting on Friday October 23, with CEPA hosting sundowner drinks for guests after the AGM. 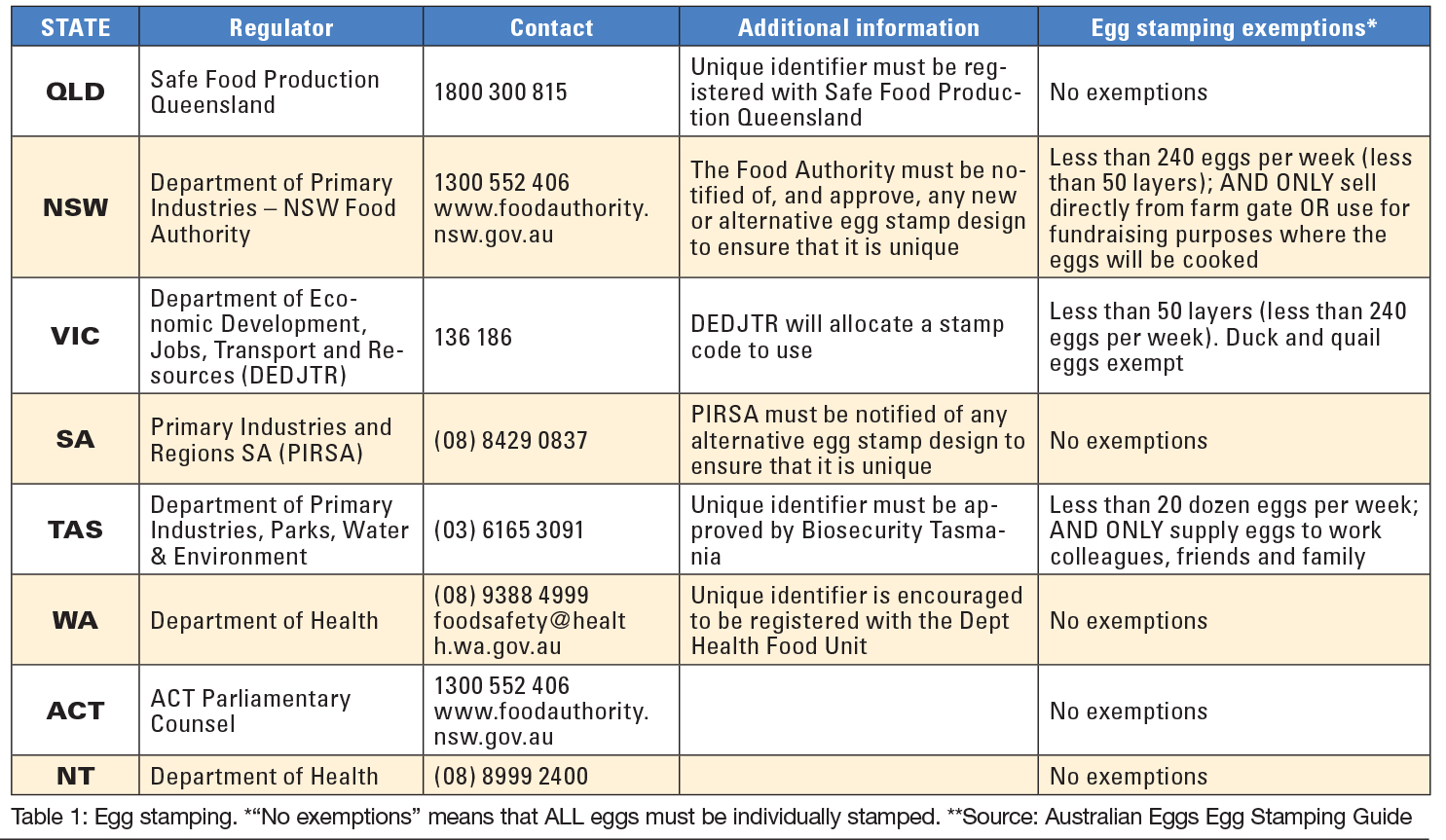