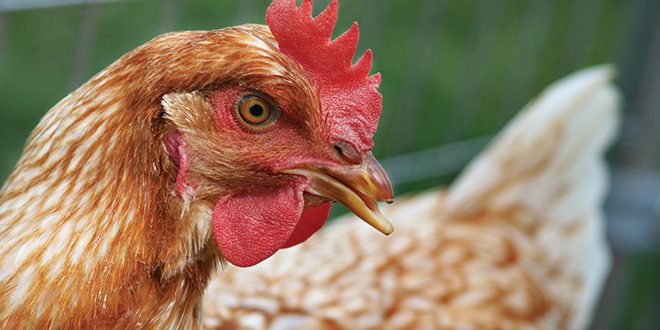 WHILE switching to white fully beaked chickens requires close attention to detail, according to the United Kingdom-based farmer Phil Davies from Powys in Wales, it can improve production and welfare. Colourful debeaking debate

But they moved to fully beaked white Dekalb birds from their second flock after discussions with their egg packer Stonegate, according to a recent story in UK’s Farmers Weekly. Colourful debeaking debate

With many retailers eyeing a move to fully beaked systems and the promise of a hardier bird with greater longevity, the move made sense.

Initially, Mr Davies was concerned at potential increased injury to the birds and what the impact would be on the day-to-day running of the flock.

But advice from suppliers and making minor adjustments to the management has helped achieve a seamless transition.

That process began by ensuring the set-up of the rearing shed matched the laying shed to help the pullets settle quickly on arrival.

The farm’s rearer uses a multi-tier arrangement, which exactly matches the system in the Davies’ 16,000 bird laying shed.

“When they arrive, pullets move up onto the tiers straight away,” Mr Davies said.

This reduces the time spent handling birds to get them to use the system in the first few nights in the laying shed.

In the current flock, only 10 birds are handled each night in the first few days, keeping stress and flock disruption to a minimum.

As well as matching shed layout to what the pullets experienced during rearing, ensuring the routine remained the same, helped the flock settle quickly and start gaining weight.

Initially, feeding times and light levels match those from the rearing shed, but can be adjusted as the flock progresses.

For example, lighting starts at 50 percent and is gradually decreased in small increments, bringing it down to 30 percent by the time the birds come into lay.

“The switch to white birds for the second flock reduced the management requirements from the egg production side of the business, as we can keep the flocks going for longer between turnovers,” Mr Davies said.

“Though initially apprehensive about keeping fully beaked birds with enrichment, consistent routines and attention to detail in the lighting in the shed, we’ve found them to be consistently calm and easy to manage.”

Enrichment is important in fully beaked setups because it allows birds to express natural behaviour traits.

Providing this outlet for activity reduces the likelihood of feather pecking.

The Davies provide a mix of plastic bottles, containers and lucerne bales within the shed.

These objects are heavily used on arrival but as the flocks settle in, interest wanes and they are used less.

Monitoring, along with the resulting ration tweaks, have helped optimise weight gain and egg size throughout a far longer lay than was seen with brown birds. 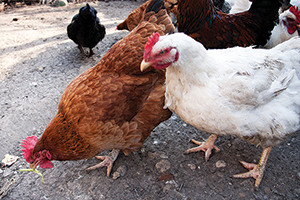 This performance far exceeds the average for the breed of 83.8 percent.

Part of the plan to switch to white birds was research showing white birds were generally hardier and easier to maintain than brown hens.

That has contributed to the sustained level of egg production and greater longevity.

The Davies plan to keep the current flock to 93 weeks, which compares well with the industry standard for brown birds of a 76-week cycle.

Three consecutive flocks means there has been about 51 extra weeks of production.

While beak-trimming was introduced to reduce the effect on victim birds, a move back to fully beaked flocks carries an increased risk of the issue developing into injurious pecking.

With stress an influencing trigger for the behaviour, strategies to minimise stress in the environment are essential.

Wynnstay agricultural consultant Jim Turner advises flock-keepers such as the Davies to introduce processes that will limit stress before pullets even arrive on-farm.

He recommends testing all equipment – fans, lights and computer systems – ahead of the birds’ arrival to avoid any disturbance due to equipment problems in the first few days.

Once pullets are settled, managers can gradually acclimatise birds to the machinery noises and movements inside the shed, thus helping avoid stress triggers at the crucial time when they start laying.

With full beaks, birds are more equipped to flick feed around, selecting morsels they want.

This can drive feed consumption figures up due to increased waste, as feed ends up beneath the tracks.

Another strategy to cut waste is feed little and often, thus reducing the amount of feed present.

Some research has shown that feather pecking can be triggered by a lack of fibre in the diet, rather than a stress response.

Birds pick at the feathers to replace the lack of fibre.

A good indicator of this is the sudden absence of loose feathers in the corners of the shed.

“If this is the case, fibre additives can be introduced to reduce the behaviour,” Mr Turner concluded.