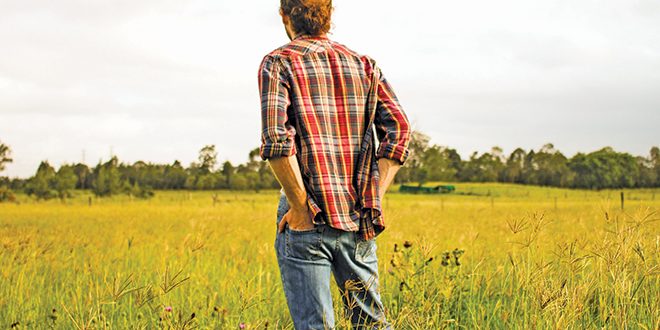 Australia’s Federal Government has heeded calls led by the National Farmers Federation to increase funding for biosecurity and innovation. The Australian Government announced a $371 million investment in biosecurity at Rockhampton on May 4. The package is slightly shy of the NFF’s ask for $400 million over four years to expand and modernise Australia’s ailing biosecurity system which has struggled to keep pace with a sharp increase in threats and incursions.

National Farmers Federation chief executive officer Tony Mahar said, “Australian agriculture, farmers, regional communities, the environment and our economy are at the mercy of the potential for pests and diseases to break the containment lines of our island nation.”

“Most recently farmers have grappled with the everyday threat of the arrival of African swine fever and the khapra beetle and continue to do the lion’s share of the work in managing introduced pests such as feral pigs, foxes and red fire ants.

“COVID-19 has shown the absolute devastation at a human health level when biosecurity is breached.” Impenetrable border safeguards were vital to protecting the productivity, trade and market access of the world-class food and fibre Australian farmers produce and to protect the natural environment that not only farmers, but all Australians enjoy.

“Stemming biodiversity decline from already introduced pests is difficult enough as a nation, we need to take every step to ensure further feral species aren’t added to the mix,” Mr Mahar said.

“Strong biosecurity is at the heart of the NFF-led goal for agriculture to achieve $100 billion in farmgate output by 2030, up from about $65 billion this year.” The new investment will be directed towards a variety of biosecurity and export service projects, with a focus on modernising ICT systems, technology and data analytics.

“This is a good start,” Mr Mahar said.

“Applying cutting-edge science and technology is crucial to ensuring our biosecurity system is future-ready.

“We also welcome funding to enable better communication between government, industry and citizens.

“As the peak body for Australian agriculture with a national footprint, the NFF is well placed to play a key role in these communications.” The best biosecurity results can only be achieved when government and industry work hand in glove.

“Protecting agriculture, our environment, our people and our economy from the harmful effects of unwanted pests and diseases is an absolute shared responsibility,” Mr Mahar said.

“It is crucial that funding is underpinned by a transparent strategy, where all stakeholders from paddock to port, packing shed to airport terminal, understand their responsibilities and their role in the event of an incursion.”

Mr Mahar added that farmers were disappointed when the much-anticipated biosecurity imports levy fell at the final hurdle and would continue to make the case for reform including a long-term, renewable biosecurity funding stream. “The NFF and our members look forward to learning more about the announced funding and corresponding projects and will continue to work closely with government towards a world-class biosecurity regime,” Mr Mahar said.